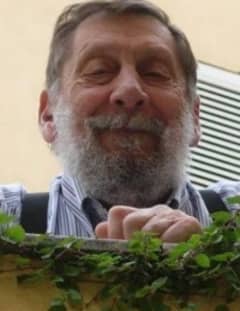 Clifford Robbins, 83, of Fort Wayne died February 24, 2020 at Parkview Memorial Hospital Randallia, Fort Wayne, IN. Clifford was born February 4, 1937 in Fort Wayne. He was a member of Saint Peters Catholic Church. Cliff graduated Central Catholic High School and attended Wabash College. He served proudly in the United States Airforce. He was a hairdresser, cosmetologist, artist, actor and entrepreneur. Clifford is survived by his wife of 63 years Marcia Robbins; daughter, Nicole (Thomas) Christman; granddaughter, Natalie Christman; and brother, Michael Robbins. Clifford was preceded in death by his father, Manford Robbins, mother, Elizabeth Burke, sisters, Ann Berning and Rita Thompson, granddaughter, Leah Christman, sons, Gregory Robbins and Shannon Robbins. Memorial Mass will be 11:00 am, Saturday, February 29, 2020 at Saint Peter Catholic Church, 518 E Dewald with calling one hour prior. Burial will be in Saint Vincent Catholic Cemetery. Memorial contributions may be made to the family. To sign the online guest book, go to www.divinemercyfuneralhome.com. 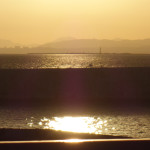 Dear Marcia, Nicole and family: I extend my deepest sympathy and condolences to you on the passing of your husband and father. Cliff and your family were among the first I knew in my involvement at the Civic Theatre in the 1970's. I also fondly recall the Memorial Day parties you and Cliff hosted in Huntertown and all the people who came. Cliff was very knowledgeable and humorous. I am also sorry to learn of Greg and Shannon's passings belatedly. I enjoyed working with Greg in "The Front Page" and watching Shannon blossom into a fine actor. Again, my sincere condolences. My thoughts and prayers are with you now and always.
- Philip Darling
What an interesting man! -Suzanne Davis
- na
go in peace Cliff, see You soon -Ulrich Schele
- na
Rest In Peace my friend. -Marisa Novy
- na
Dear Clifford, I wish You a peaceful journey. See You soon Ulrich... -Ulrich Schele
- na