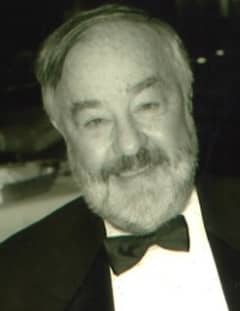 Neil Hawley O’Brien was called to the Lord on March 17, 2020. He was born in Chicago, IL, to the late Vincent J. O’Brien and Kathleen Starr O’Brien. He served four years of active duty in the United States Air Force acting as a Technical Aeronautical Instructor. Neil earned his BSME from Illinois Institute of Technology under the G.I. Bill and received an advanced degree from Indiana University, Fort Wayne. In 1960 Neil married his childhood sweetheart, Nancy Sullivan O’Brien, who survives. They had three sons, Sean Vincent (Valerie) O’Brien, Timothy Patrick (Cynthia) O’Brien, and Christopher Robin (Teresa) O’Brien; six grandchildren, Duane, Christopher, Elizabeth, Blayke, Bridget, and William; and one great- grand daughter, Evelyn. A man devoted to his family and faith; Neil was active at the Cathedral of the Immaculate Conception for many years in various ministries. Hobbies and activities over the years were golf, tennis, skiing, sailing, woodworking and flying both single engine and glider aircraft. Neil is also survived by his sister, Colleen (Ken) Davis of Oregon City, Oregon. Neil was preceded in death by his sister Maureen Balmes and brother Gerald Justin O’Brien. Mass of Christian Burial will be private but there will be a Celebration of Life held later. Burial will be in Catholic Cemetery. Memorials may be made to the Cathedral Preservation Fund or American Heart Association.

Nancy, May your family and memories comfort you through this difficult time.
- Marita Marquardt
Dear Nancy, Our thoughts and prayers are with you and your family. God bless you in this troubled time! Barb and Steve Renz
- Barb Renz
Nancy, Sean, Tim and Christopher I am thankful for the wonderful life we shared with Neil. There so many memories that hard to put it all together. The journal with the O'Brien' goes back for me to the mid 1970's and the newcomers group which formed the HODD's. Which out grow tennis and became longer lasting dinner group. We grew old together watching our kids grow to adults and add numerous Grand Children. The real gift the group gave each other was joy, sharing and acceptance of each other values.
- Dick Dutton