Share a memory
Obituary & Services
Tribute Wall
Read more about the life story of Elizabeth "Lisa" and share your memory.

Elizabeth “Lisa” Joyce McKeeman, 39, of Ft. Wayne, IN passed away in her sleep on the afternoon of November 11th, 2022, surrounded by her husband, parents, and family.

Lisa was born on September 21st, 1983, in Oak Lawn, IL to Denis M. Fitzgerald & Joyce A. Fitzgerald.  She was the youngest of four children, and only daughter.

Lisa wanted the best for people, she put others first, she was a helper, and she made things better.  She loved to laugh and would do so as often as possible.  She Loved her husband Andy completely and devotedly with a genuine Love that she made look easy and obvious.

Lisa was an incredible only sister to seven older brothers, tolerant, willing, gentle, and fierce.  She was a true and reliable friend.  She was a respected colleague, and a coveted asset for her mind, wits, and empathy.  Lisa was a cherished wife, daughter, granddaughter, sister, aunt, cousin, niece, and doting mother to her cat Willett.

Lisa’s passing came 50 years too early, a horrible shock in the lives of all who knew her, a natural injustice, and an irreplaceable and palpable loss of Love and loveliness in this singular world.

Lisa attended primary school at St. John Fisher elementary school in Chicago’s Beverly neighborhood and graduated from Mt. Assisi Academy H.S. in 2001.  She continued her education receiving a BA in Theatre from Western Illinois University in 2005.

Lisa and her husband Andy were married in June of 2014 and remained so for the rest of her life. Their romance began as teenagers through a childhood friendship they formed at summer camp.  More than a decade later they found each other again and from then on were inseparable.  They embraced and shared in an enviable marriage rooted in respect, acceptance, and an earnest desire for happiness for their spouse.

Lisa was an incredible sister.  Her brother, Dave, would say “She was the easiest laugh to get. She loved to laugh.  Always willing to give you a chuckle, even if your joke was so-so.” Kayaking, Cooking, watching movies, and going to the beach were some of her most favorite pastimes.  Lisa loved getting people together and doing for others.

Lisa was passionately dedicated to her career; she prided herself in being self-sufficient, and in charge of her livelihood.  At JetPro Pilots, she quickly found herself in a tight knit group, one that seemed truly and desperately in need of someone with her strong level of commitment.  While she continued to find ways to improve herself both within and outside of the constraints of her role at the company, dialing in ever closer to the ideal professional situation, to love what you do, she discovered her ideal purpose at the company, which was to take care of everyone.

A Celebration of Life and Memorial Service will be held on November 22nd from 4 to 7 pm, at the Divine Mercy Funeral Home located at 3500 Lake Ave. in Fort Wayne.  Family and friends are invited to come and share memories, stories, and laughs. 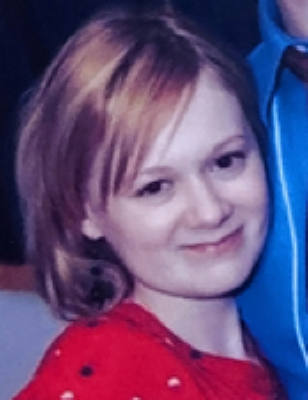