Share a memory
Obituary & Services
Tribute Wall
Read more about the life story of Lorayne and share your memory.

Lorayne Beamsley recently passed peacefully in her sleep at her home in Fort Wayne, IN at the age of 99.

Her beloved husband, Judson passed away a few months earlier. They were married 73 years.

They are survived by their four children Jeff, Susan, Jim, and Sister Bernadette plus eight grandchildren, and fifteen great grandchildren.

She was born and raised in the German American area of northwest Chicago with her two sisters and one brother. She was a member of the greatest generation. Though she didn’t enlist in the service she, like all of her peers, was greatly influenced by being young adults during WWII. She enrolled at Northwestern University, joined a sorority, fell in love with a dashing younger man returning from Pacific service, got married, left college, and started a family in the four years after the war ended.

The love affair between Lorayne and Jud remained at the core of their relationship for their entire lives. She raised her children in the 50’s when men worked and women stayed home. But that didn’t mean that she wasn’t involved in what became a series of family businesses. Her fiscal conservatism balanced Jud’s entrepreneurial optimism. She often managed the books for the various businesses that her husband started. She was also a frugal manager of the family budget. The frugality rubbed off on all of her kids. The whole family regularly took on projects as she and her husband built a life in suburban Omaha. And when the family businesses went through tough times, she went to work too either with in-home businesses or clerical jobs.

Lorayne was Vice President in the last business that she and Jud owned before their retirement. Her example of taking on challenges, fixing things rather than replacing them, always finding a way even in tough times, instilled a confidence in all of her children that they could do anything. All of her children had part time jobs growing up which helped all of them develop a healthy sense of delayed gratification. In her family it was important to contribute in whatever ways that you could. As a result, all of her children did well academically, graduated from college (most with advanced degrees), and had successful professional and religious careers.

Jud and Lorayne enjoyed entertaining. They weren’t really a generation that played with their kids growing up, but card games became a frequent activity at family gatherings. With four kids, Lorayne didn’t have much time to be a sports fan, but she did inherit her parents’ love of the Cubs and Bears. In later years she also became a fan of the Colts. Jud and Lorayne retired to Fort Wayne, IN to be close to their oldest daughter and share in raising her family. She and Jud played bridge, were active in their church, traveled, did water aerobics regularly and spent time with their growing brood of grand and great grandchildren. It wasn’t always easy for her or Jud, but the love they shared survived the rough spots and lasted for their entire lives. 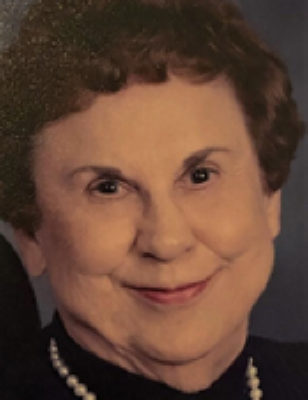 You can still show your support by sending flowers directly to the family, or by planting a memorial tree in the memory of Lorayne Beamsley
SHARE OBITUARY
© 2022 Divine Mercy Funeral Home. All Rights Reserved. Funeral Home website by CFS & TA | Terms of Use | Privacy Policy | Accessibility