Share a memory
Obituary & Services
Tribute Wall
Read more about the life story of Richard and share your memory.

Richard “Dick” Charles Morris, 87, of Fort Wayne died January 17, 2023 at Lutheran Life Villages, Fort Wayne, IN. Dick was born to the late Charles Morris and Isabel Teusch on November 29, 1935 in Huntington, IN. Dick was preceded in death by his wife of 54 years, Linda Vanderford Morris and sister Phyllis Hite. He is survived by his daughter, Julie (Mark) Bailey; son, Scott (Christine) Morris; sister Kaaren Southerland.  Dick, who was known as “Boppa” by his grandchildren, is survived by Kasey Bailey, Jacob (Kylie) Bailey, Thaddeus Morris, and Theodore Morris.  Dick graduated from Huntington High School class of 1953 and Indiana University class of 1961. Dick served proudly in the United States Army.  Dick was an assistant vice president of Lincoln National Life Insurance Co. where he served as director of pension investment contract services.  He was a member of Trinity English Lutheran Church.  Dick will be remembered for his kind gentle heart and his caring and generosity towards others. Many thanks to the staff and residents at Lutheran Life Villages for including both Dick and Linda into their LLV family. 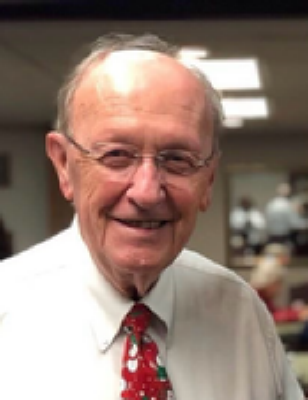 You can still show your support by sending flowers directly to the family, or by planting a memorial tree in the memory of Richard Charles Morris
SHARE OBITUARY
© 2023 Divine Mercy Funeral Home. All Rights Reserved. Funeral Home website by CFS & TA | Terms of Use | Privacy Policy | Accessibility