Share a memory
Obituary & Services
Tribute Wall
Read more about the life story of Robert and share your memory.

ROBERT T. VanCLEAVE,  68, of Fort Wayne, died Thursday, Nov. 17, 2022. Robert was born on Feb. 1, 1954 in Fort Wayne. Rob was everyone's best friend, the coolest guy in Fort Wayne, and a true rock star. Rob spent his career as a hair designer and operating his business, "The Artist's Edge". He was the only person in Fort Wayne to ever make a living off driving around in his old hippie van sharpening shears for hair stylists and barbers. Rob will be remembered by his many names of Rob Dog Millionare, Captain Rob, The Trojan Man, Eric Clapton, Bobby Fidget, and so many more. He is probably riding on his boat listening to his blues and rock n roll music louder than most. "Rob's love for life will live on in every person he's touched. Every time we play his favorite music, we know he will be dancing from above. " He is survived by his five children: son, Blake (Kerri) VanCleave, and daughters, Aubrey (Jeremy) Witte, Leah (Jon-Paul) Capito, Karli VanCleave, and Taia VanCleave; sisters Susan (Kent) Raker, Melissa VanCleave.  He also has eight beautiful grandchildren. His greatest love has always been his wonderful family.  "We know Rob has been happily reunited with with family in Heaven." He was preceded in death by his father, Robert VanCleave; mother, Nancy VanCleave; sister, Debbie Gundy; and daughter, Lindsay VanCleave. Mass of Christian Burial is 10 a.m. Monday, Nov. 21, 2022, at Cathedral of the Immaculate Conception, with calling one hour prior. Visitation 2 to 5 p.m. Sunday, Nov. 20, 2022, at Divine Mercy Funeral Home, 3500 Lake Ave., Fort Wayne. Burial will be in Catholic Cemetery, Fort Wayne. 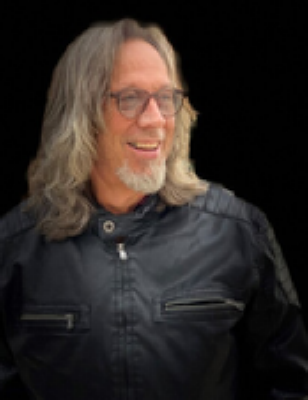