Share a memory
Obituary & Services
Tribute Wall
Read more about the life story of Susan and share your memory.

Susan (Churchward) Vorich died peacefully, due to natural causes, in her home on Sunday, January 15, 2023, at the age of 95.  She was born Susan L. Churchward ( one of eleven children) on June 27, 1927 to Charles Churchward and Edna Herber Churchward in Poe, Indiana. Her family later moved to Waynedale, Indiana where she attended Waynedale Elementary School and Elmhurst High School. She graduated high school in1945. She met her husband Matthew Vorich, after high school through mutual friends. They were married in 1947 and resided in Ft. Wayne the rest of their lives. At the time of her husband's death in 2015, they had been married 67 years.

Susan's life revolved around her family and friends. She stayed busy raising three girls- participating in their various school activities and being attentive to her grandchildren and great grandchildren.
She was primarily a homemaker, but did have a few jobs over the years. Her first job while still a senior in high school and during WW II, was at Baer Field Air Base. She and other classmates worked in the PX. In later years, due to her painting and wallpapering ability, she and some other women friends formed a company to paint and wallpaper for hire. But her biggest joy and passion (after her family) was playing bridge. Over the years she earned a life master in the game playing in bridge tournaments around the country. She later stayed close to home playing duplicate bridge at the bridge center in Ft. Wayne and with other various bridge groups. She always said, “she loved the challenge and the competition of the game.” She enjoyed and played all card games well, but bridge was her favorite.

Susan is survived by her 3 daughters; Ginna (Mike)Wilkins of Fort Wayne, Barbara (Michael) Lauer of Ft. Wayne and Karen (the late Donald) Hickman of Fort Wayne. Also surviving are 6 grandchildren; Kari Wilkins George of Ft. Wayne, Christopher Wilkins of  Anaheim, CA., Eric Wilkins and Colin Wilkins of Ft. Wayne, Meredith Hickman Holdman of Lockport, IL. and Joshua Lauer of Ft. Wayne. Also surviving are 14 great grandchildren, one sister, Lorraine Hoss of Indianapolis and one brother, Paul Churchward of Indianapolis and many nieces and nephews.
She also leaves behind some very special  friends  made at Georgetown Place where she lived after her husband died.

She was preceded in death by her parents, her husband and 8 siblings, brothers; Wilbur, Page, William, Jim and Eugene Churchward. Sisters; Cecilia Churchward, Rita Kendrick and Edna Pennycoff Imel. 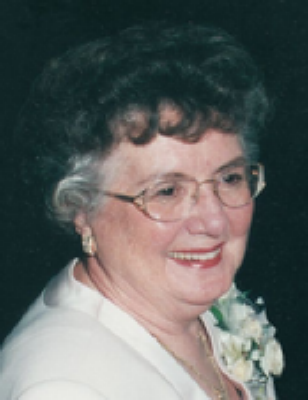