Share a memory
Obituary & Services
Tribute Wall
Read more about the life story of William "Bill" and share your memory.

William “Bill” Cullen Nussa of Fort Wayne, Indiana, passed away at home on January 15, 2023, following a long illness. He left our world surrounded by his loving family.

Bill was born in San Francisco, California on March 9, 1933. His faith was the basis of everything he did. It started with the nuns who guided him in elementary school, and they instilled in him the love he had of God and his dedication to the Catholic church. As an adult, he was an active and dedicated member in each of the dioceses where he lived. He taught catechism to young people and served as president of the St. Vincent de Paul Society in Fort Wayne.

After completing a tour in the Navy during the Korean war, Bill met the love of his life, Dorothy DeLuise, on a blind date while on leave in New York City. They married in 1955. Bill attended the University of Colorado in Boulder and graduated from St. John’s University in Queens, New York.
Growing up in Denver, CO he became a huge sports fan. Baseball was his favorite sport and time stopped when his beloved New York Yankees were on TV. Football was another favorite with the Denver Broncos as his team. Bill’s favorite football player was quarterback John Elway. Bill was excited when he and family attended Elway’s Hall of Fame induction ceremonies in Canton, OH. His encyclopedic knowledge of the teams he loved was an everyday conversation with friends and family.

Bill enjoyed a long career in the grocery industry starting in New York. His career progressed as he accepted new challenges while managing retail and distribution companies near Chicago (IL), Fort Wayne (IN), Grand Rapids (MI), Roanoke (VA) and Jacksonville (FL). As he approached retirement years, Bill and Dorothy moved back to Fort Wayne to be close to family, especially grandchildren. Instead of retiring and until he was 80, Bill was a full-time substitute teacher in the Fort Wayne Community school system. He was a positive influence on many students. From inspiring a small group of middle-schoolers who would regularly join him for lunch to helping students struggling with classwork, Bill touched many young minds. Throughout the years, students approached Bill to thank him for helping them.

Dorothy and the family want to thank the special team at Eleos Hospice Care for the loving, dedicated attention they gave Bill during the two years and eight months he was in their care. He often said, “when they are with you, you’re the only one that matters.” 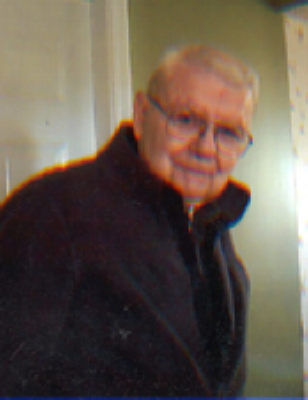