Share a memory
Obituary & Services
Tribute Wall
Read more about the life story of Dr. Lloyd and share your memory.

Dr. Lloyd J Hagedorn, 81, of Fort Wayne died unexpectedly May 26, 2020 at Lutheran Hospital, Fort Wayne, IN. Lloyd was born February 12, 1939 in Tell City. He was the son of the late Cletus and Getrude Hagedorn. Lloyd grew up along the Ohio river and studied at Indiana State University where he lettered four years as a varsity swimmer. He was a member of Tau Kappa Epsilon fraternity. He graduated from Indiana University School of Dentistry and helped shepherd the profession of Periodontics in Fort Wayne from 1968-2008. Lloyd enjoyed black diamond skiing, hiking and traveling to all seven continents with Jan, the love of his life. He also loved listening to music, especially Elvis, spending time with his family and friends, and sharing stories of his lifelong experiences to his grandchildren. Lloyd's day would not end without tuning into of Fox News. His Catholic faith was the foundation for his never ending profound joy of life. He was revered by many as being the most kind, genuine person one could have ever met and wonderfully welcoming to all. But above all else, he dedicated his life to his patients and organized dentistry and his work ethic was beyond reproach. Lloyd was Chair of the steering committee to build a state-of-the-art clinical building at IU School of Dentistry and was honored with the Dr. Lloyd and Jan Hagedorn Mainstreet Corridor being dedicated to his name. His contributions to numerous philanthropic societies include serving on various committees and councils. He was a Fellow and Lifetime member of multiple dental honoraria's. Lloyd also served as president of Sertoma International Fort Wayne Chapter. Lloyd's palate and appreciation for good wine and food led to being inducted as a member of Chaine de Rotiesseurs, an international gastronomic society. Lloyd Hagedorn served over the years as IKDDS President (1985-1986), was the first IKDEF President, served as IDA president (1999-2000) and was also a past ADA Trustee. Lloyd was an Associate Professor of Dental Auxiliary Education at IPFW. He was a final candidate for ADA president (2004). Lloyd is survived by his wife of 60 years Jan Hagedorn; four children  Laura (Gary) Ottenweller,  Leah (Dr. Daniel) Gabrek,  Lynn (Dr. Jeff Meyers) Schafer and Dr. Brett (Polly) Hagedorn; 15 grandchildren; two great grandchildren; siblings J.T. (Betty) Hagedorn , Dean Hagedorn and Gletus Ann (Tim) Malone of Evansville, IN; . Lloyd was preceded in death by his brother, Charles William Hagedorn and sister Mary Ann Hagedorn. A Private Family Service will be held.  Burial will be in Catholic Cemetery, Fort Wayne. Memorial contributions may be made to Indiana Foundation for Dental Health-(www.indental.org/product/ida-foundation-donation) or Catholic Charities-(www.ccoffice@ccfwsb.org/donate). To sign the online guest book, go to www.divinemercyfuneralhome.com. 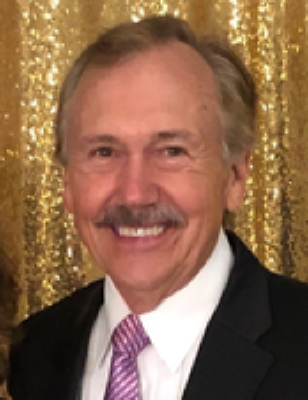