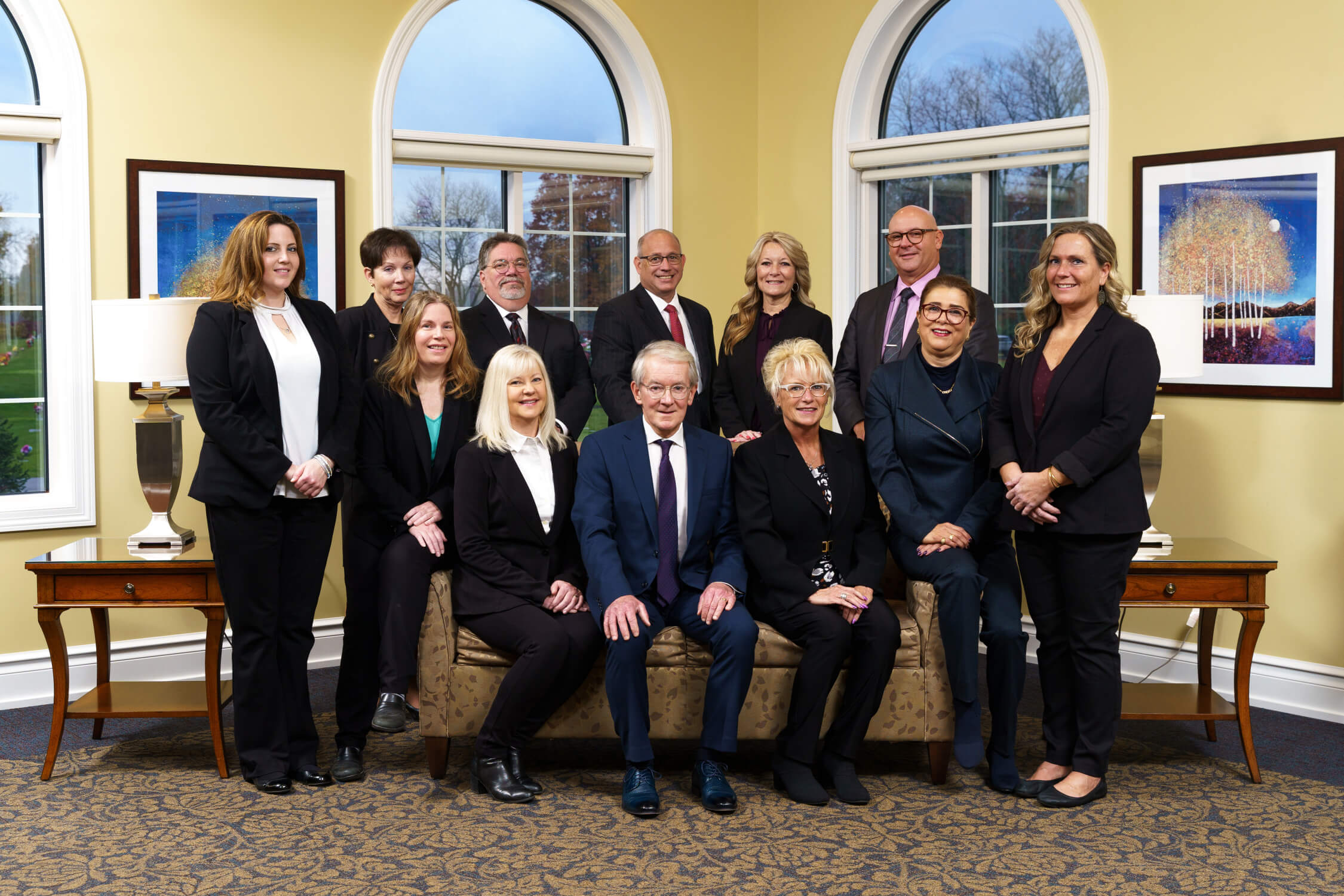 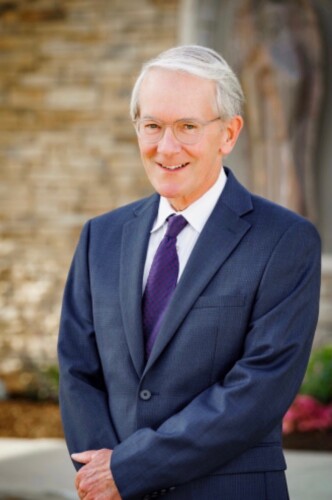 Casey began his career in cemetery management in 1982 and has been actively involved in managing all areas of cemetery and funeral home operations.  In addition to his role at Catholic Cemetery and Divine Mercy Funeral Home, Casey is the Executive Director of the Indiana Cemetery Association and in 1992 he was appointed to the State Board of Funeral and Cemetery Service in Indianapolis by then Indiana Governor Evan Bayh where he served as Chairman for two years.  Casey is honored to serve the families that rely on Catholic Cemetery and Divine Mercy Funeral Home.  Casey is married to Gloria Miller and they have two children Neal and Lauren. 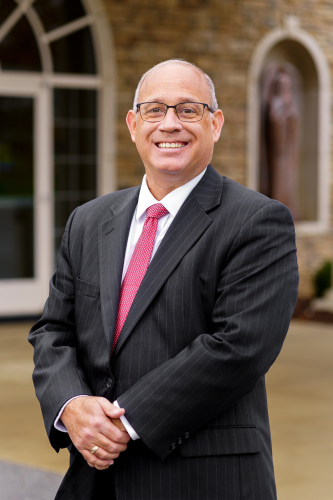 Monte is originally from the South Bend / Mishawaka area. He lives in Fort Wayne with his wife of 17 years and two sons, Owen and Evan. He graduated from the college of Mortuary Science in Cincinnati, OH in 1996. He then moved to Fort Wayne where he has been a funeral director in Fort Wayne for over 20 years. Monte is very dedicated to the families he serves and will ensure your family is taken care of and that you have a person that can help you organize and celebrate your loved one’s wishes. 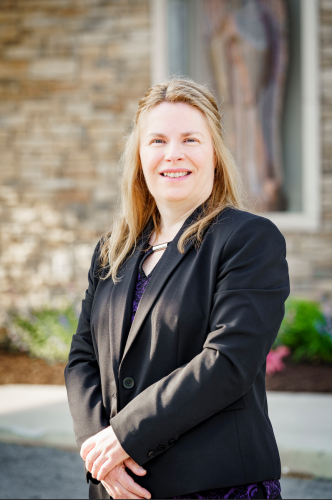 Stephanie received her licensing as a cremationist, embalmer and funeral director from the state of Arizona and is fully licensed in Indiana as well.  In September 2017, Stephanie returned to the Fort Wayne area to be with her family.  Divine Mercy Funeral Home is truly blessed to be associated with someone as qualified as Stephanie.

Serving Divine Mercy families at their time of need is what Stephanie truly finds most rewarding. 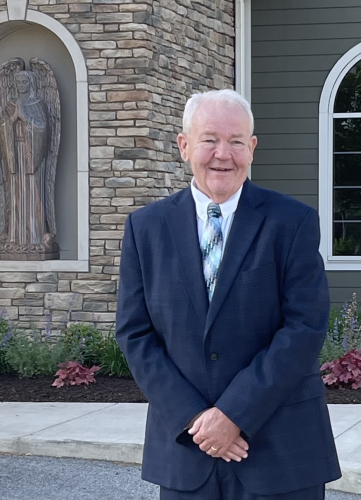 Gary was born in Seymour Indiana and grew up Jennings County Indiana. He graduated from Jennings County High School in 1973.  During his high school days, Gary served on his county’s rescue squad. Upon graduation from high school, Gary began attending the Indiana College of Mortuary Science in Indianapolis, Indiana, graduating in September 1975 with an Associate’s Degree in mortuary science. Gary received his Indiana Funeral Directors and Embalmers License in May of 1980 and in 2020 received his 40-year service pin award from the Indiana Funeral Directors Association. Gary has also served as the Coroner for Jennings County, Indiana. Gary has served the families of Fort Wayne, Indiana since May 1999. Gary began his funeral career working at Boultinghouse Funeral Home in Rockport, IN where he worked for before enlisting in the US Navy. Gary served as an Operations Specialist aboard the aircraft carrier, USS Independence CV-62 from 1976 to 1979.  Gary was privileged to be among an elite few, Operations Specialists, to attend Air Intercept Controller School.

Gary, wife Marlene and daughters Amanda and Abby reside in  Ft. Wayne and is a member of St. Vincent’s Catholic Church and the Knights of Columbus, Father Solanus Casey Council # 11276.

He enjoys serving the community by helping families and will take any opportunity to give back to those Communities as well. 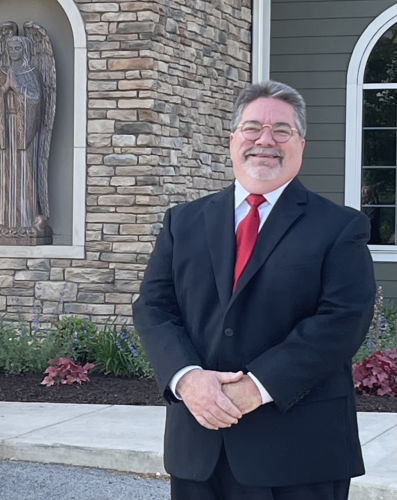 William “Bill” Hopkins began his career in funeral business in 1980 assisting families in several capacities while pursuing his passion of caring for families loved ones.  He is a graduate of Northrop High School, Ivy Tech East Chicago Mortuary Science program and received his MBA from Indiana Tech.  Additionally, he is a member of Grace Brethren Church where he serves on the executive board and trustee committee, Miami Indian Alliance for Miami Indians serving as a council member,  the Fort Wayne Radio Club, Allen County ARES team, Allen County Amateur Radio Technical Society and of the former American Society of Embalmers. Bill enjoys playing golf, fishing, amateur radio, ARDF “foxhunting”, Skywarn spotter and camping with his wife Dj and his faithful dog Joe. 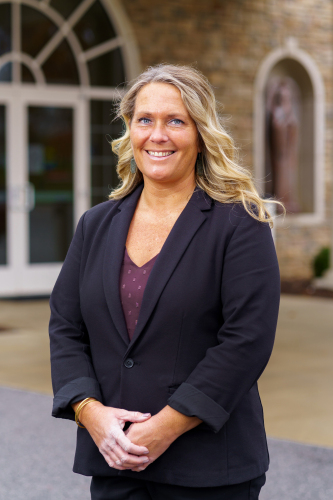 Kelly was born and raised in Fort Wayne and is a member of St. Jude's parish, together with her three daughters and her son. She lost her husband to cancer several years ago, and this awakened in her a desire to help families in this time of grief. While raising her children she studied mortuary science at Vincennes University and has been with Divine Mercy since 2020. She is honored to walk with families on this part of their journey as they lay their loved ones to rest, caring for them with attention and devotion. 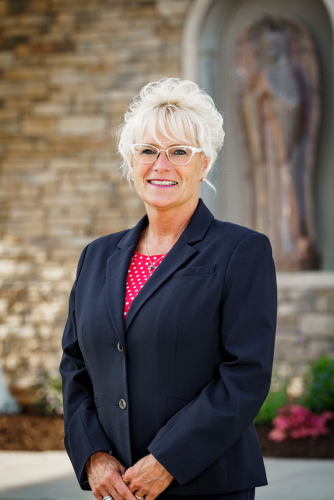 Mary has devoted her life to loving, giving and caring for people God brings into her life. She is a Fort Wayne life-long Catholic parishioner with a passion for people. Mary is grounded in her faith and understanding of the sacred Catholic teaching with reverence toward holy grounds for final resting place. Her commitment to the Catholic Cemetery is an extension of her parish community to give witness that the community of faith is unbroken by death. Mary is married to Tom Didier and is blessed with three children, Paul, Paige and Lauren. 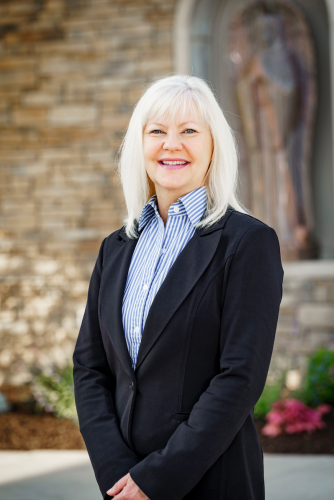 Sara graduated from Vincennes University in 1984 with a degree in mortuary science. During her 30 years in the funeral industry, Sara has gained unique insight into the needs and desires of families during one of the most difficult times of their lives. Sara loves what she does and is looking forward to having the opportunity with Divine Mercy Funeral Home and Catholic Cemetery to serve you and your family. 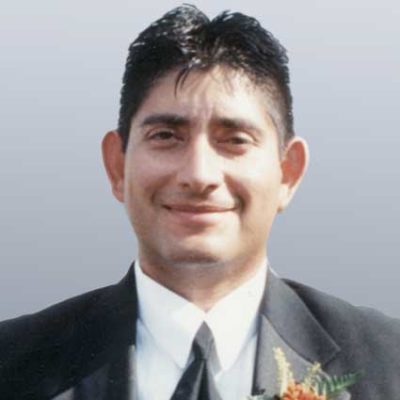 Scott has been responsible for the overall appearance of our Catholic Cemetery for over eight years. Scott’s additional responsibilities includes monument installations, performing burials, turf management and overseeing full time and seasonal maintenance employees. Scott’s life centers around his wife and their four children. He enjoys participating in basketball, football, fishing and camping activities with his family.

A year of daily grief support

Our support in your time of need does not end after the funeral services.  Enter your email below to receive a grief support message from us each day for a year.  You can unsubscribe at any time.