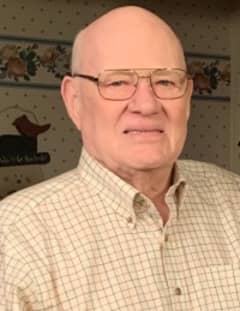 Michael Edward Askins Sr., 77, passed away peacefully Friday, February 7, 2020, surrounded by his loving family. Mike was born to Bernard and Nora Irene (Velte) Askins on December 23, 1942 in Grand Rapids, MI. He graduated from Central Catholic High School in Fort Wayne, Class of 1961. Mike was known as Mr. Pepsi having worked for Pepsi Cola for 36 years (1965-2002). He also worked for Fred Toenges Shoes for 10 years. Mike was preceded in death by his parents and his brother Terry. He is survived by his wife of 54 years, Signa Lee Askins and his 5 children, Kassandra (David) Potts of Albion, Michael (Cathy) Askins Jr. of Abilene, TX, Christopher (Jody) Askins of Fort Wayne, Kirsten (Kevin) Crowl of Fort Wayne, and James Askins of Kendallville; brother, Robert (Barb) Askins; sisters, Sheila Schussler, and Mary (Larry) Shepherd; 9 grandchildren; 6 great grandchildren; and a plethora of nieces and nephews. Funeral Service will be 11:00 am, Thursday, February 13, 2020, at Divine Mercy Funeral Home, 3500 Lake Ave., Fort Wayne, with calling one hour prior. Visitation also 5 pm - 8 pm, Wednesday February 12, 2020, at Divine Mercy Funeral Home. Memorials to the EOD Wounded Warrior Foundation.

My heartfelt condolences to Michael's family including the children, grandchildren and "plethora" of nieces and nephews. He was a classmate at CC and a really great guy. -Maureen Miller
- na
Signa and family, we are so sorry for your loss. We remember Mike as a great neighbor on Bellefield, and it was a pleasure to reconnect with him at Toenges several years ago. We are sorry not to be able to make it to the visitation. Please know that you are all in our prayers. Pat & Roger Smith
- na